Several weeks have passed and now the California Ground Squirrel family has shrunk down to two (and on occasion, three). There have only been two pups (who are now quite mature in size and behavior) present of the original four-possibly-five.

The two pups spend much of their time near each other, foraging and lounging on the rocks together throughout the day.

The mother squirrel is only seen occasionally, and seems to be spending quite a bit of time away from the "home" burrow. But every few days we see her on the rocks or nearby on the property, and her reddish coloration and odd black linear marking make her easy to identify. A couple days ago she came to the rocks and her pups greeted her with nose sniffs.

The pups are wary, as always, but are willing to come out if I sit very quietly behind the camera on its tripod. On the 14th I was able to photograph them in the late afternoon.

The first four images here are of the "bolder" pup, coming down to the "photography area". 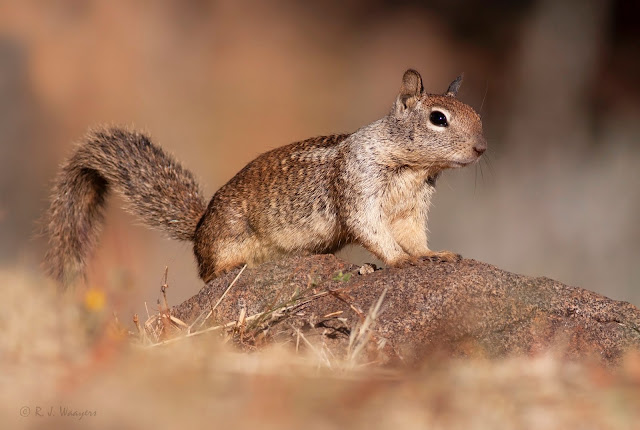 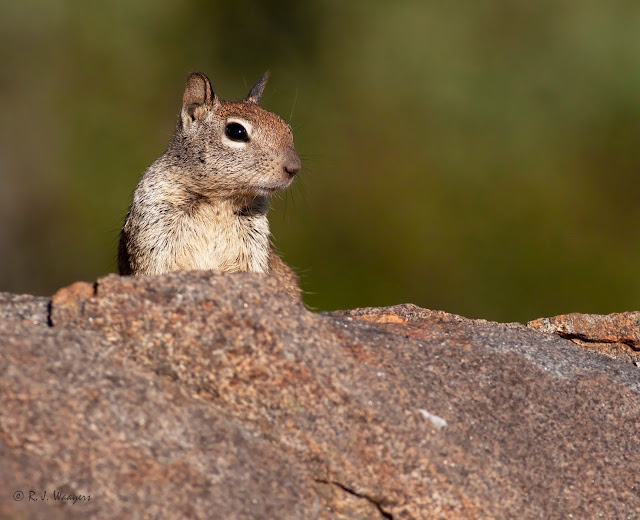 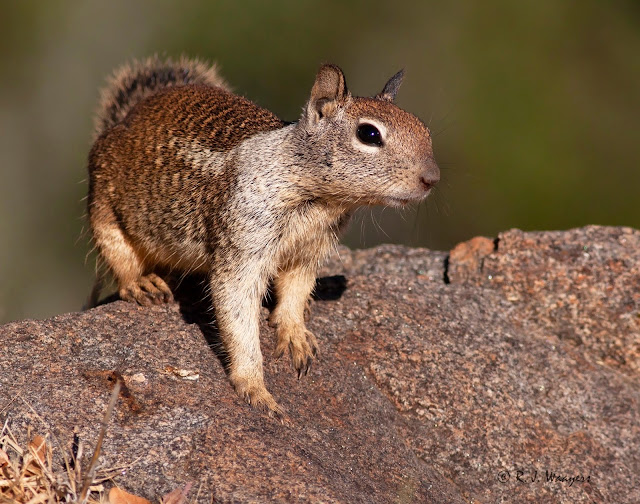 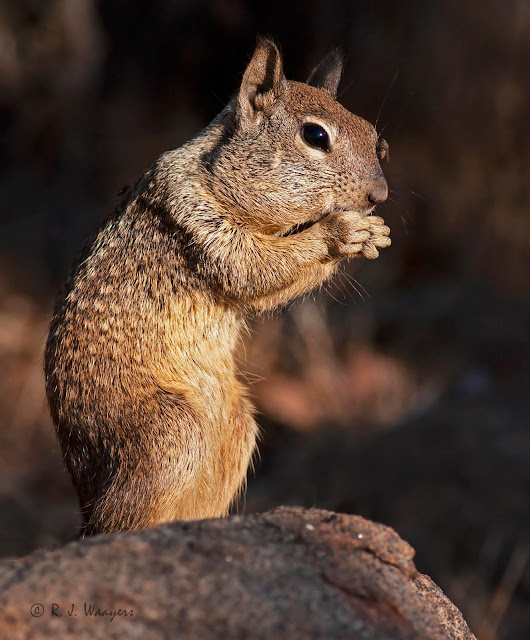 This was after the second pup joined the first one. 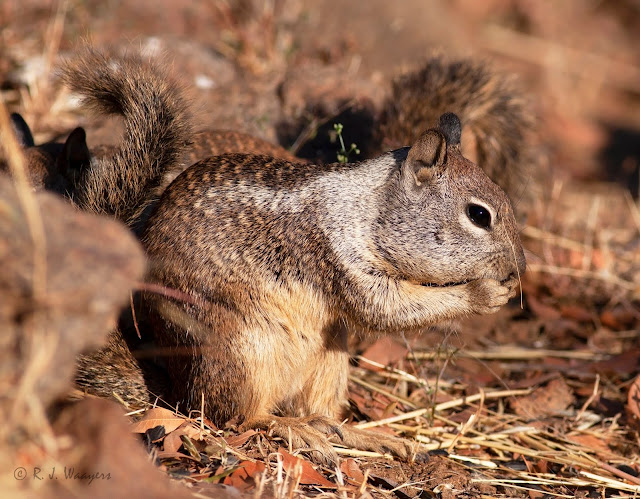 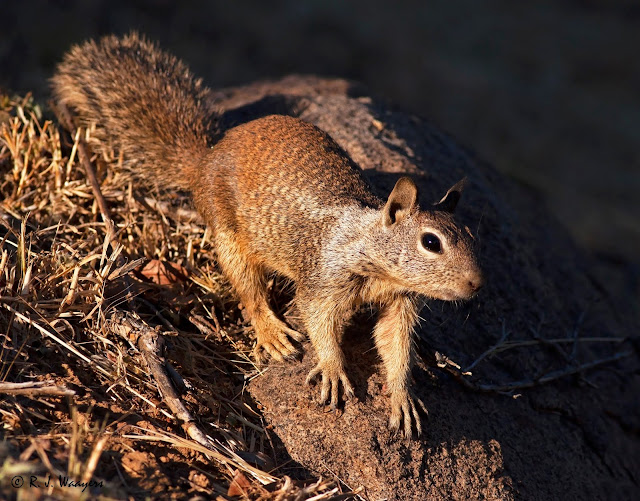 Posted by Robyn Waayers at 2:41 PM