Another image with a pair visiting for water. September is a very dry time here, especially as we had almost no monsoonal rain this past summer. 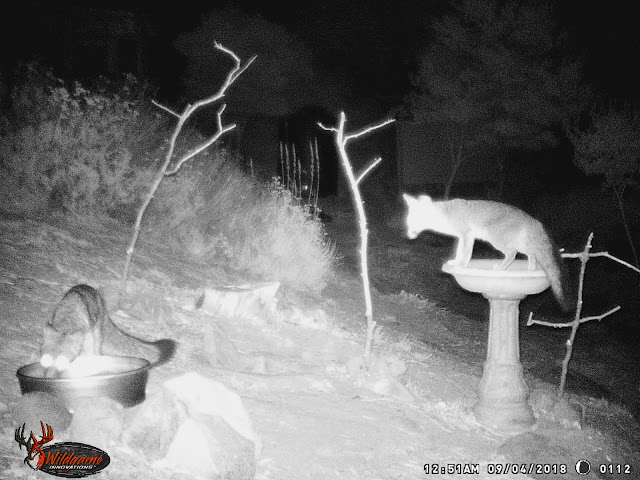 One day last summer the bird bath that the foxes like to climb up on had a mark in it! Foxes often mark their territories by placing scat on high points like boulders, or even small rocks on the ground. To a fox, the bird bath probably seems like a boulder with a large depression in it. 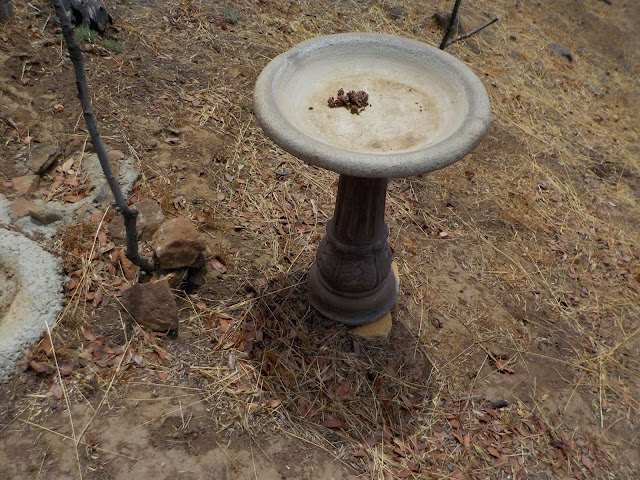 In late July we had an odd sighting of a fox snoozing on a rock about 100 feet from the house. It was a hot day, and apparently this fox was unconcerned about the activities around the house that day. The jays gave it away with their usual raucous mobbing behavior, triggered by almost any predator in the area. The fox clearly just wanted to sleep in a shady spot, but eventually moved off in to the landscape. 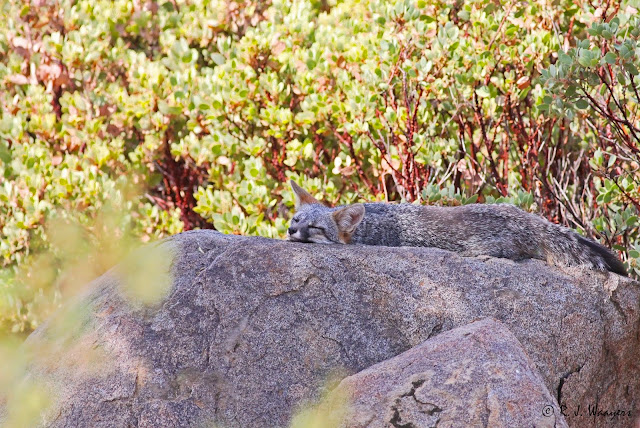 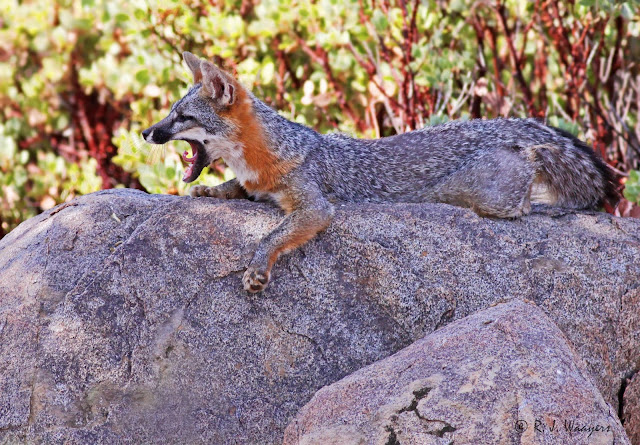 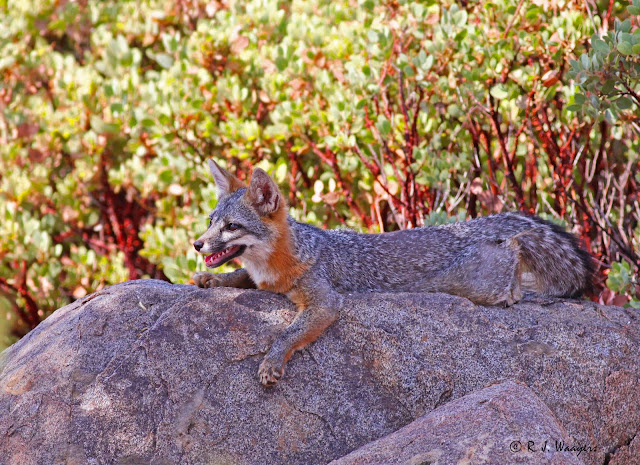 Crop of the photo above. 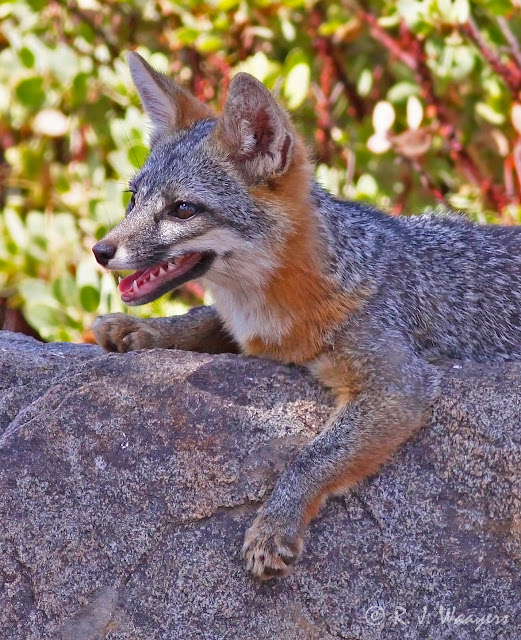 The fox on the ground before exiting the scene. Another good shot of the black stripe on the dorsal surface of the tail. 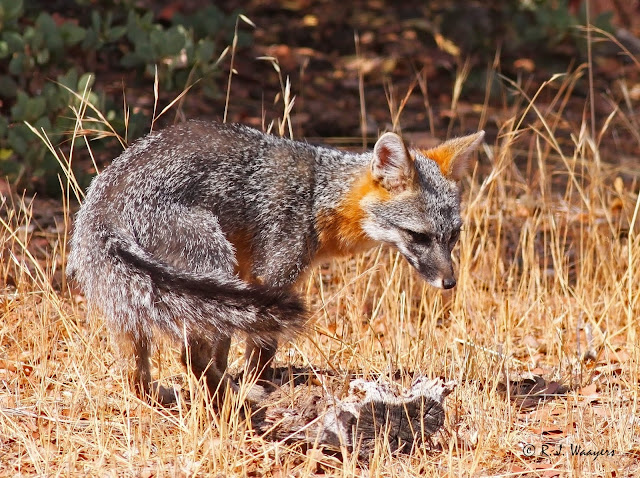 A fox or foxes also regularly visited the ground-level bird bath on the patio over the summer. 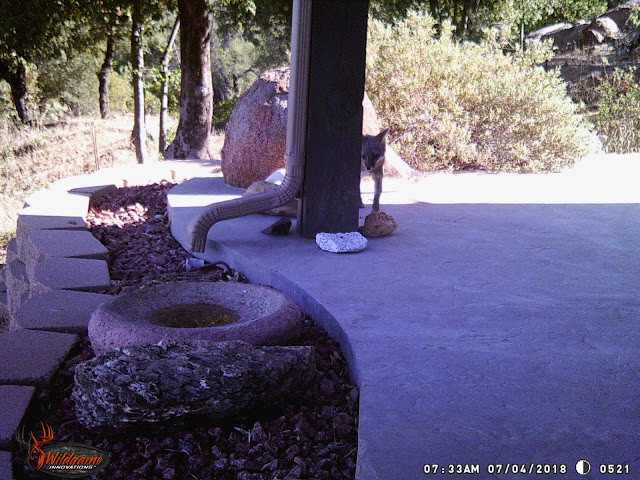 Leaving, in the late afternoon, after the bath was dry... 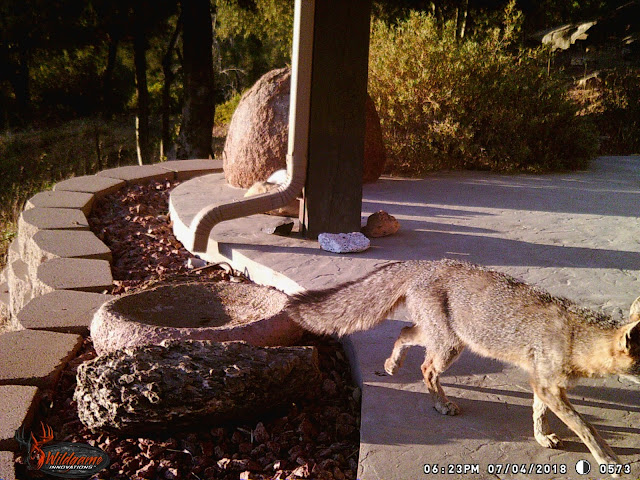 There are a fair number of natural springs in the area, but wildlife still will come to these sources placed out by local residents - a good incentive for us to keep up the practice.

Posted by Robyn Waayers at 3:06 PM