We have two species of chipmunk that could realistically be found in San Diego County, Merriam's Chipmunk (Neotamias merriami) and the California (or Chaparral) Chipmunk (Neotamias obscurus). Apparently these two species are very difficult to distinguish in the field, but based on habitat type and behavior, I assume that the chipmunks in my area are Merriam's Chipmunks. 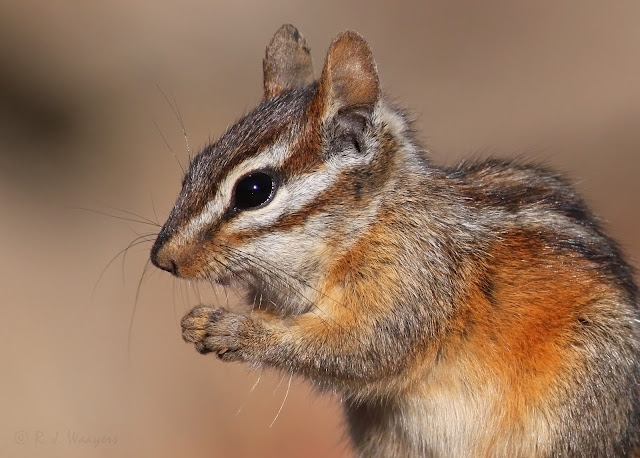 Since the Cedar Fire (in 2003) the chipmunk population has increased quite a bit on our property and the surrounding region. On a typical morning 4-5 chipmunks might be seen foraging on the land near the house. We have a mixture of open "grassland, chaparral and oak/pine forest here, which is ideal for these chipmunks.

They forage most actively in the morning, so that is when I try to photograph them from the blind.

Here are the photos from this morning (this was a single chipmunk, which vocalized loudly before appearing). 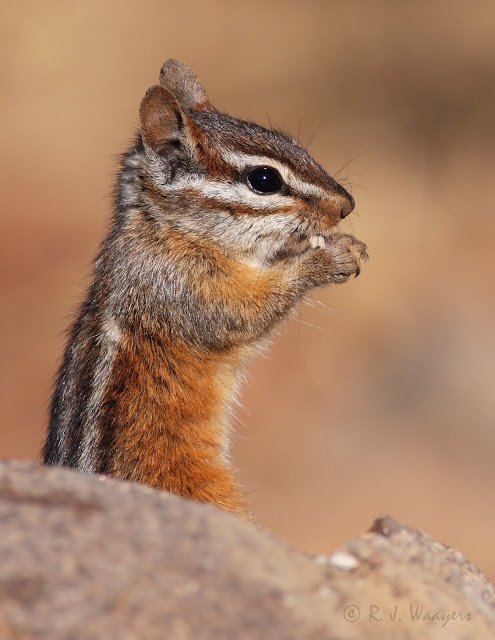 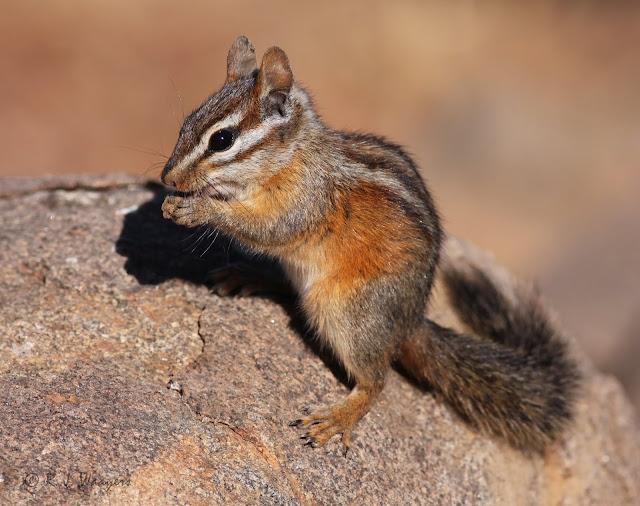 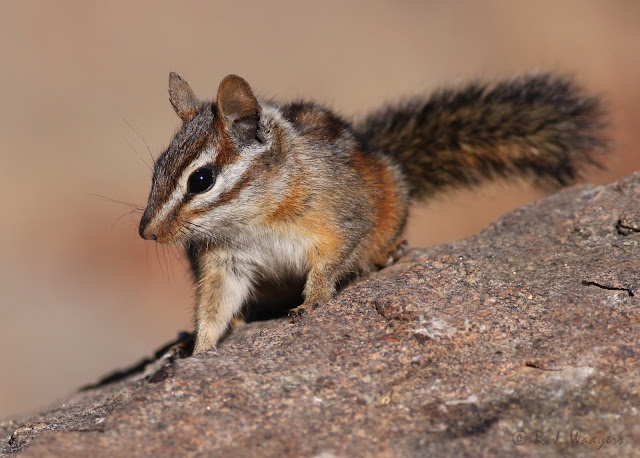 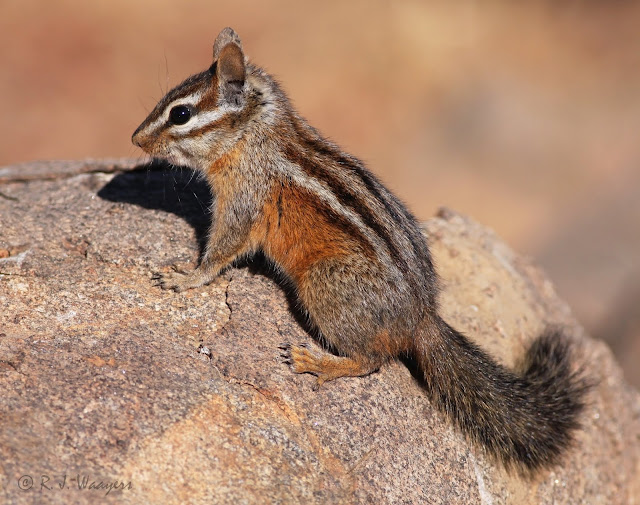 Posted by Robyn Waayers at 1:46 PM