This beetle appears here in late winter and early spring in some years. I do not see it every year, with 2011 being the first year in which I did. In that year, quite a few were seen scattered about in Cuyamaca Woods, by myself and others. This year Gary saw one by his garden, and then the one shown below flew by us when we were on the patio at the end of the day on March 18th.

This species occurs extensively up and down the Pacific coast.

These are the first photos of live specimens that I have taken. 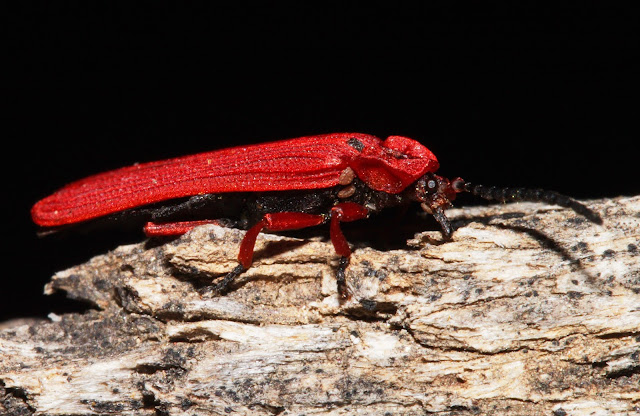 Posted by Robyn Waayers at 1:28 PM