An Interesting Scorpion...IN the House

On the morning of December 2nd, one of the cats was trying hard to tell us something but we were not quite getting it. Then I walked out into the hallway between our guest room and study and saw something odd along the edge of the base of the railing. It was clearly a small scorpion, dark in color. The cats wisely did not try to engage it. I quickly captured it and placed it in a container for further study. Unfortunately it was a Wednesday morning and I had to rush out the door to get down to Mesa College to teach a class and did not have time to do more than quickly post the image of it in the hallway to the web, in hopes of an identification. Kari McWest helped tremendously, and narrowed it to the genus Kovarikia and then later to K. williamsi, a species that is seldom-photographed alive.

On Friday, finally free from my intense mid-to-late-week schedule, I was able to do a photo shoot of the scorpion, then let it go to the natural habitat surrounding the house.

Here are the images: 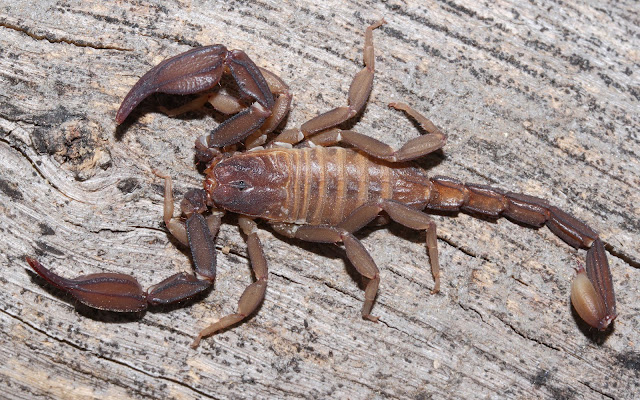 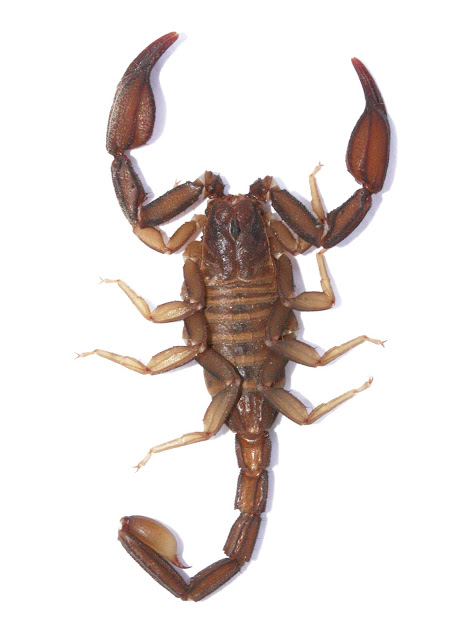 Posted by Robyn Waayers at 6:06 PM